We got up much earlier today, and took more steps, almost 30,000 to be exact, but only saw a few things in the city today. It was very much an incredible day though! We spent most of our time in Vatican City! Did you know Vatican City is considered it’s own country?

We started out the morning with a cappuccino and a filled croissant like I expect we usually will! We tried a new place today. Although our drinks and danishes were very good, we didn’t love the atmosphere as much. It was cold and not very inviting. 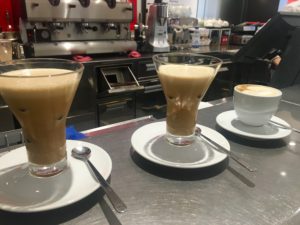 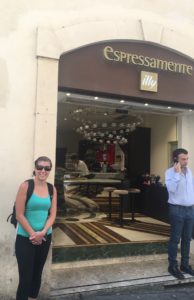 We continued on, with our final destination of the day, as Vatican City. On our way, we first passed a cute little toy store. I made a friend while Michelle and Anthony were shopping inside! 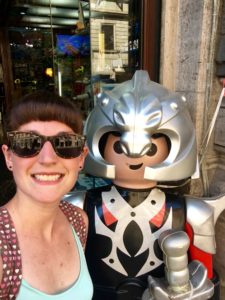 We made a few other shopping stops this morning and were still hungry so we stopped at a place that sold pizza by the slice. There are at least two on every block! Michelle and I split a large slice and it was fantastic! It had so much flavor – best pizza up until this point for sure! 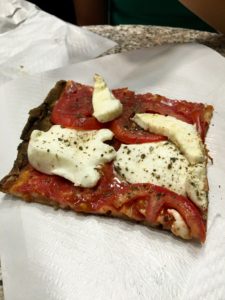 We continued on and stopped for some pictures at Castle Sant’ Angelo. It was so uniquely shaped and very beautiful! 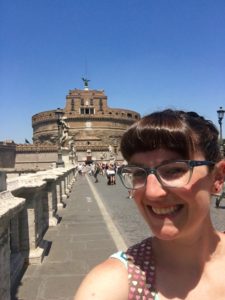 After walking in the hot sun all morning, we made it to Vatican City. It was incredible. It was absolutely one of those once in a lifetime experiences. We wandered back and for the for a while, trying to decide which tickets to buy, until we finally decided to pay a little extra to skip the 2 hour line that was in the hot sun. We did a guided tour that initially took us through the museum. The ceilings and walls were beautiful throughout and they had many artifacts. The museum was super hot and so very crowded. We shuffled along with our group with no personal space what-so-ever. We were all getting a little grumpy by the end of the museum – It was the largest one I have ever been to for sure. 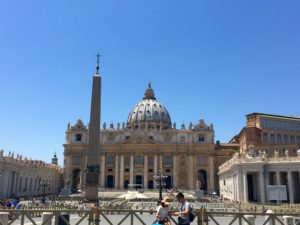 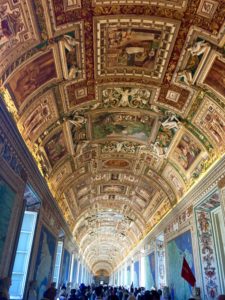 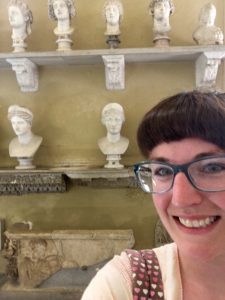 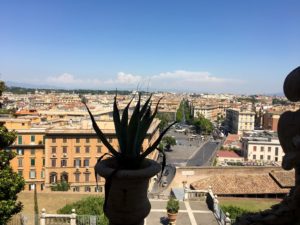 This was one of my favorite views of the day 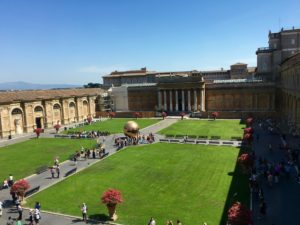 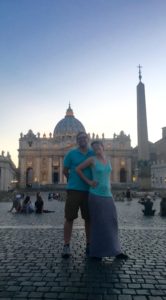 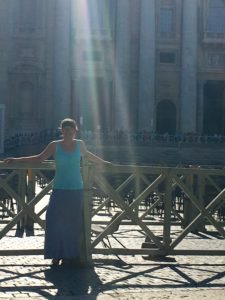 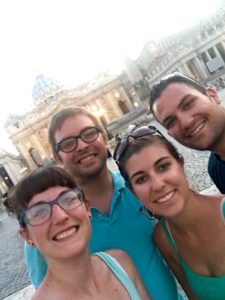 After the museum, the tour took us to the Sistine Chapel. Although we were only in there for a few short minutes, it was by far my favorite experience of the day. I couldn’t stop staring at the ceiling. It was incredible to think that Michelangelo painted it between 1508 and 1512 and that although it has been restored since then, it still stands in all it’s glory today. Unfortunately, we couldn’t take any photos inside. Trust me though, it was spectacular.

We decided to do an early dinner tonight – and by early, I mean 7pm. Brad had visited Italy 10 years earlier and remembered a restaurant, Goose Ristorante. He wasn’t exactly sure where it was, but he had a good idea, so we ventured out towards it. After just a short walk, we found it! The unfortunate thing was that it didn’t open until 7pm and it was only 6:20pm. We found a wine bar right down the street and stopped for a cool down and a drink until the restaurant opened. 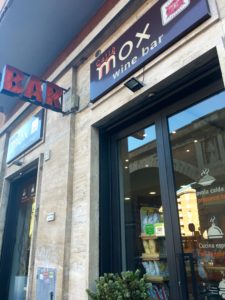 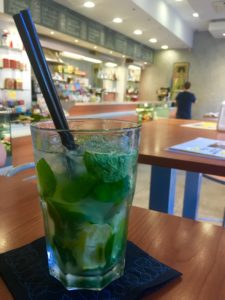 My Mojito was fantastic! 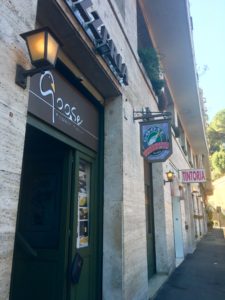 The Goose was just as Brad remembered! My pizza was fantastic – everyone agreed. I had plenty to share! It was voted best pizza so far! 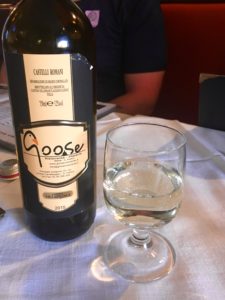 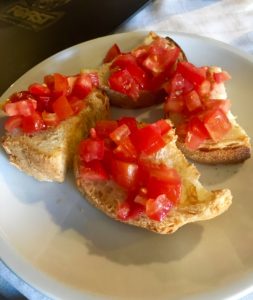 Simple bruchetta – but oh so good! 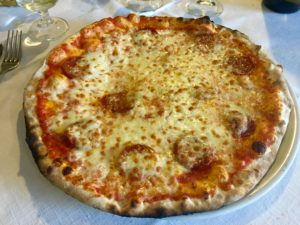 After dinner, we headed home to our apartment and on the way, we stopped to see the hotel Brad stayed at 10 years prior! 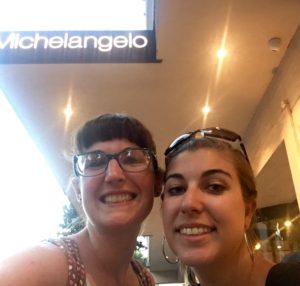 We also stopped to see the Vatican and the Tiber River at night! Both were so beautiful – especially the River! 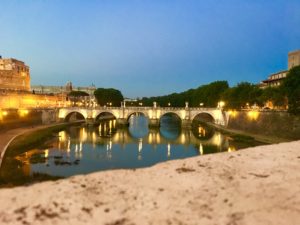 Once we got back to the apartment, we did a little local beer tasting! All we tasted, were actually pretty good! The Peroni beer is the most common in the area. It was very easy to drink! 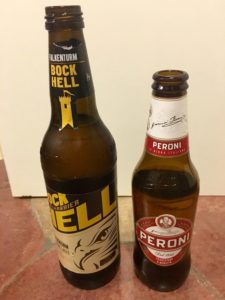 We are off to Palermo, Italy in the morning!

Attenzione – Attention! Look out! (We use this one when cars and motorcycles are passing us on the streets)