Today, we said goodbye to Rome and made our way to the Fiumicino airport to head to Palermo, Sicily. We were up bright and early to be at the airport with plenty of time before it took off. While we were there, the time of our flight changed 4-5 times with anywhere from a 1-2.5 hour delay. Once the time was finally set, 2.5 hours after our initially flight time, we headed onto what we thought was going to lead us to our plane. Instead, we walked down several flights of stairs, outside and on to a bus that would take us to our plane. That was a first for me! 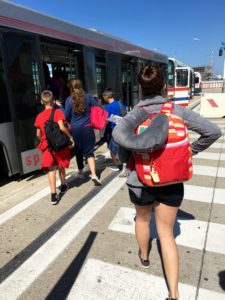 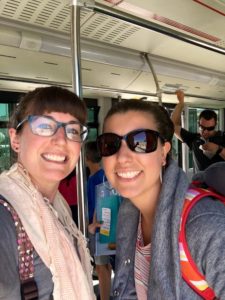 The bus dropped us off in front of a fairly large plane. We walked up the steps and right on! It was different experience for sure! 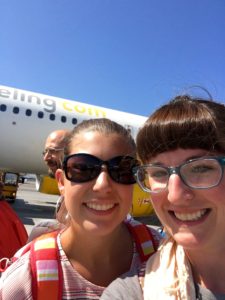 After a very short ride, we made it to Palermo! The view as we were landing was incredible. There was very little land for the plane to land on off the coast and as we came in, the sight was breath taking – deep blue water and the mountains in the background. 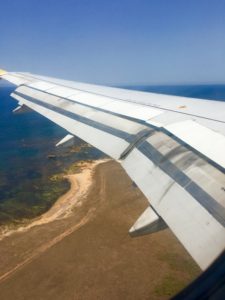 We came to Sicily because Anthony’s family is originally from here, and much of his extended family is still here today! After quickly dropping off our things at the hotel, we headed straight to Anthony’s Zio ThoTho and Zia Enza’s home. Zio ThoTho is a brother to Nonno, Anthony’s grandfather, and Zia Enza is Zio’s wife, making them Anthony’s Uncle and Aunt (Zio & Zia). We had an early start to the day and barely ate anything so we were starving by the time we got to their home – they had prepared lunch for us and we were very excited but had no idea what we were getting ourselves into!

Zio and Zia don’t speak any English. Even though we could not communicate with them with words, we felt welcomed into their home the very moment we walked in. With Brad’s help (he knew a little more Italian than we did and some Spanish), the little Italian we learned so far on our trip and our handy Italian phrase book, we managed to communicate with them for about 3 hours!

As soon as we got there, they started feeding us. There was an assortment of olives and pane on the table. We started with aqua and vino bianco, and helping of homemade seafood pasta. We were so hungry, and it tasted so good! Just as we finished the pasta, the next course arrived – swordfish. We were able to communicate enough to find out that it was swordfish, and she did not fry it in a pan, but roasted it in the oven. It was the first time I had swordfish and it was delicious. 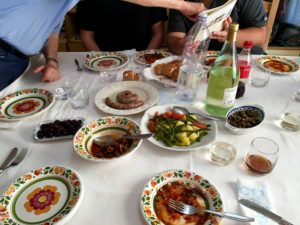 After the swordfish came the homemade sausage and homemade eggplant caponata. The sausage was so tender and the caponata was the best I have ever had – I even had 2 helpings.  Next up, came the fresh, homemade mozzarella. After the mozzarella, we had a mixture of potatoes, green beans and fresh tomatoes in an olive oil and spice mixture. At this point, I was so full, but this tasted so good that again, I had 2 helpings. 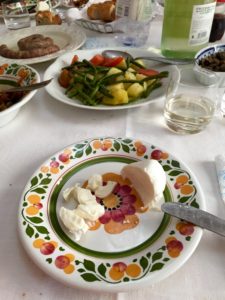 Next up came an assortment of fresh fruit. I could’t stop eating it. 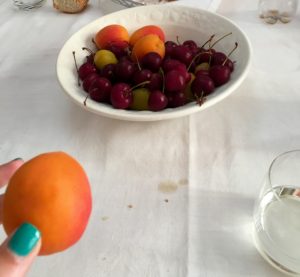 Lastly, we finished the meal with a shot of espresso.

We all enjoyed the meal! Some more than others! 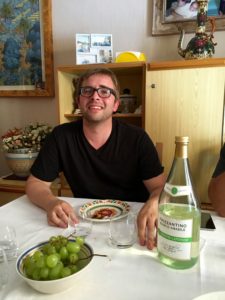 After the amazing meal, we got a quick tour of their home and headed to Termini to visit and meet more family. We had quite the eventful trip! On the way, Anthony drove with Zio and Zia drove with Brad, Michelle and I. We did our best to keep the conversation going for the 40 minute ride! On the way there, Zio pulled their car over – there was some kind of a problem. All that we knew was that the car was making some kind of sound it shouldn’t have been. Michelle and I had to try to explain to Zia what was going on. Road side assistance quickly arrived and told us to continue on. Zio continued, we followed, and the road side assistance followed along behind us with their lights going so we could safely drive slowly. Driving has been quite the experience in Palermo so far and it was no different in Termini – streets were narrow and drivers were careless! 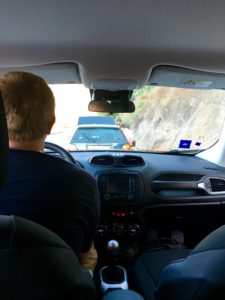 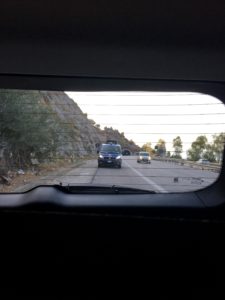 Once we got there, we got to see the home that Nonno grew up in when he lived there, years ago, before he moved to the United States. It was such a great moment for the Morreale family! 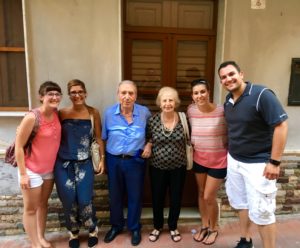 After seeing there home and meeting a few new family members, we headed to the home of one of Anthony’s Great Uncles. It was beautiful! We walked up to the rooftop to take photos of the surrounding area. On our way into Palermo, we commented on all the beautiful homes that were high on the hills and this was one of them! The view was incredible – the water on one side and a mountain on the other. 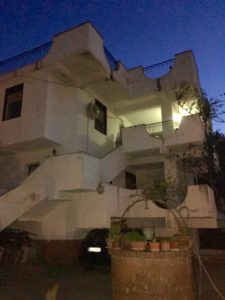 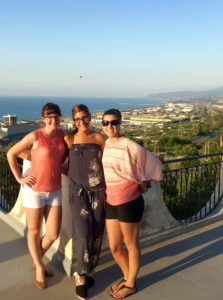 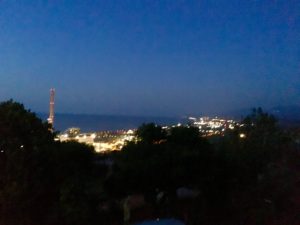 One of Anthony’s cousins, Veronica, spoke some English, so she was a huge help when we were communicating with the rest of the family and learning a little about each other’s lives. We had just eaten a couple hours prior and before we knew it, more food was coming to the table. We ate Sicilian pizza and arancini rice balls. Then we had grapes – which I though was dessert based on the experience earlier in the day. I was wrong! The platter of cannoli’s came out after that, so I had to have one! 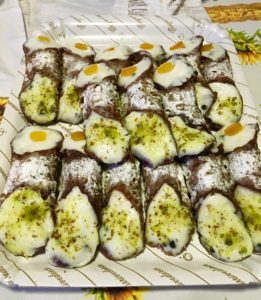 We headed home as the football game was starting and we drove Zio and Zia home because they didn’t have a car that was working any longer. We made it home and were exhausted!

My name is – Mi chiamo