We started our morning with a quick trip back to Zio ThoTho and Zia Enza’s house to say our goodbyes and to thank them for everything. When we got there, Zio was not there, but Zia was, so we talked with her for a few minutes, the best that we could. She asked about our plan for the day and where we were traveling to. She was clearly sad to see us leaving! We are so appreciative of everything they did for us while we were there. Zia Enza waved to us off their balcony as we drove away!

The next stop on our adventure was the Catacombs of the Capuchins (Catacombe dei Cappuccini). In 1599, the Capuchin monastery placed the bodies of 3 brothers in the catacombs, and discovered that their bodies became mummified naturally. After this, many Sicilians began requesting that their bodies be placed there as well. Th bodies are organized by gender and class and there are roughly 8,000 people that hang from the walls or lay in open caskets. The most recent addition to the catacombs is a young girl who passed away in 1920.

It was certainly a very different experience. Being down there had a slight eerie feeling, but not as much as I would have thought. It was incredibly interesting. We could not believe how well preserved they all were. While we walked around, I couldn’t help but think about what their lives would have been like on a day to day basis. I am so glad we decided to visit it and learn a little bit about the history.

After the catacombs, we headed to Piazza Peranni. It was an antique market that we saw the day before, but it was all closed up when we passed it. On my list of things to do for this trip was to hit one antique market so I was thrilled that we were able to! It wasn’t exactly what I expected but I still enjoyed it. I even found a couple of things to take home with me! I got a fantastic pitcher that was handmade and hand painted. It cost less than the ones they were selling in the souvenir shops and the quality was much better! It will be perfect for flowers or lemonade on a hot summer day! There was also a tile shop along that stretch. They had hundreds of different tiles, all made by local Palermo artists. Michelle and I each found one to take home with us! The challenge has been keeping them safe in our luggage! 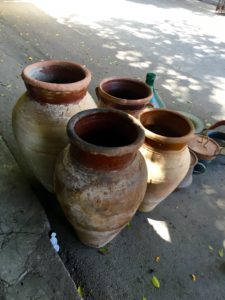 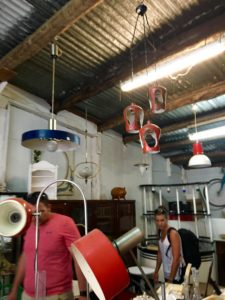 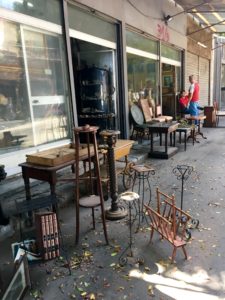 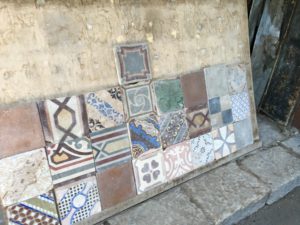 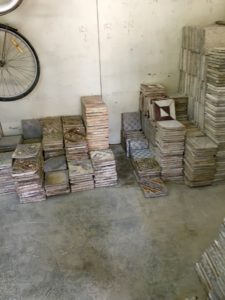 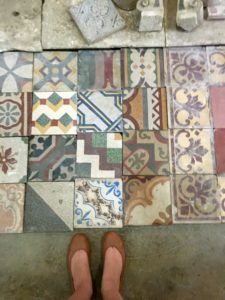 Shortly after our antiquing, we headed back to the Palermo airport. This time, we were heading to Sicily – specifically Lignano Sabbiadoro! The view when we were taking off was beautiful! Anthony’s cousin Vinchenzo, lives in Palermo but owns hotels all over the world, including a couple in Lignano! We weren’t able to stay at his hotel because they were already booked up when we made our plans, but he found us a place to stay right around the corner! 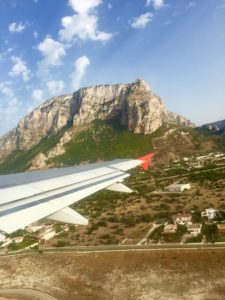 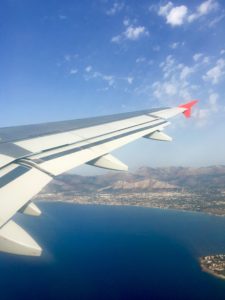 By the time we got to our hotel in Lignono, it was very late and we were starving. Vinchenzo met us at his hotel and was kind enough to open up the kitchen and have the chef prepare a fresh meal for us. They started us off with wine and a caprese salad that was fantastic, and not just because we were so hungry. We all had pasta with tomatoes and basil and it was fantastic! 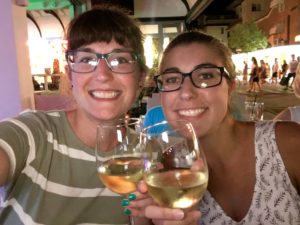 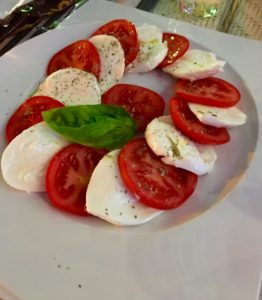 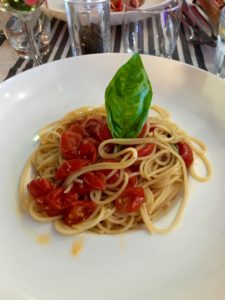 Our meal ended with gelato! 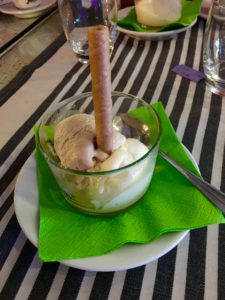 Vinchenzo told us over and over again that his Hotel Bellini was like our home and whatever we wanted or needed, we could have. He was so incredibly generous and we were very grateful! We met a few of his friends and business partners that night and were invited to have dinner with them the following night at the hotel at 9pm (I still can’t get used to this late night dinner stuff, but I am trying!)

When we got there, Vinchenzo and his friends, business partners and family were just finishing up a meal. I thought it was so fantastic that they all came together at the end of the night to share a meal together. It had such a feeling of family!

After a fantastic meal, we headed to bed. We were looking forward to another beach day in the morning! The beach was only a two minute walk from our hotel!

60 thoughts on “Antiquing in Sicily!”